«Tonight the sea is calm», one of the fishermen from Barbate tells me as the trawlers set sail, one after the other, from the fishing dock in the port of Cádiz.

It is not yet eight o’clock in the evening, the silhouette of the city is receding. As the sun sets, the horizon disappears into darkness.

Several miles away, only small moving lights can be seen, belonging to other fishing boats searching for shoals of fish.

Coffee and sandwiches are taken in the lounge, while they pay attention to the painting with the image of the Virgen del Carmen that is placed next to a «porthole», through which a cool breeze enters, a group of men put on their mackintoshes and get ready for the task at hand.

These are men who, through family tradition and knowledge passed down from generations, understand most marine species, the direction and strength of the winds and the types of tides. They are experienced and know how to do nothing but fish.

A shoals of fish is located by radar and the trawler anchors. The small, fragile light boat, swaying in the slight swell, begins to set up the seine while the sailors watch from the deck of the trawler.

On the starboard side, some are preparing to close the seine, picking up the fishing gear with their weathered hands full of scales. Others, handling a salabar, are picking up kilos of fish to later deposit them in the white cork boxes that they keep in the hold.

They have long since adapted to the smell of diesel and the swaying of the boat with the waves. Although «tonight the sea is calm…», I begin to feel a sense of fatigue due to lack of habit.

The sea is immense and man is fragile, always in a constant struggle against adversity to survive, out in the open, careful not to anger Poseidon who is capable of causing a tidal wave, a sea storm, sinking a ship in less than a minute or taking the sailor who defies the sea into the abyss forever. Hopefully, around nine o’clock in the morning, they will arrive in port to unload the catch to be auctioned at the fish market. In the afternoon, they will set sail again.

This is the social reality experienced by these brave fishermen with «saltpetre in their blood» who have «the sea» as the symbol of their existence. 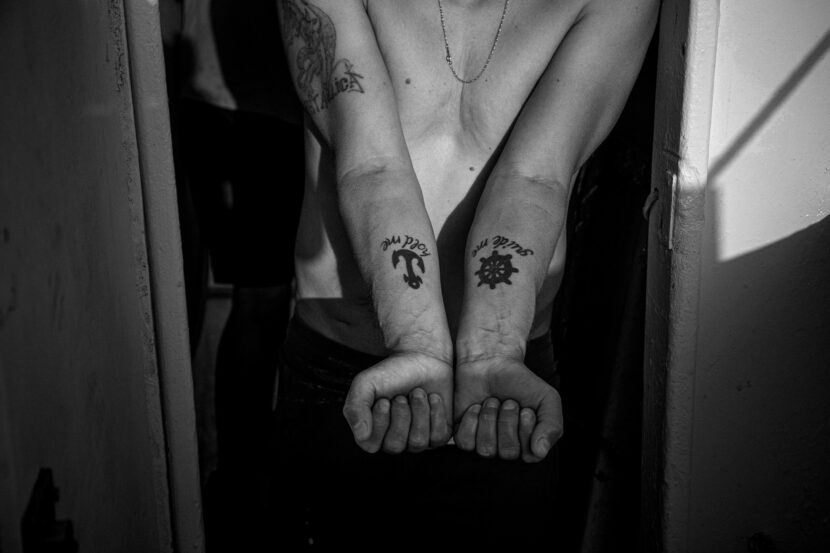 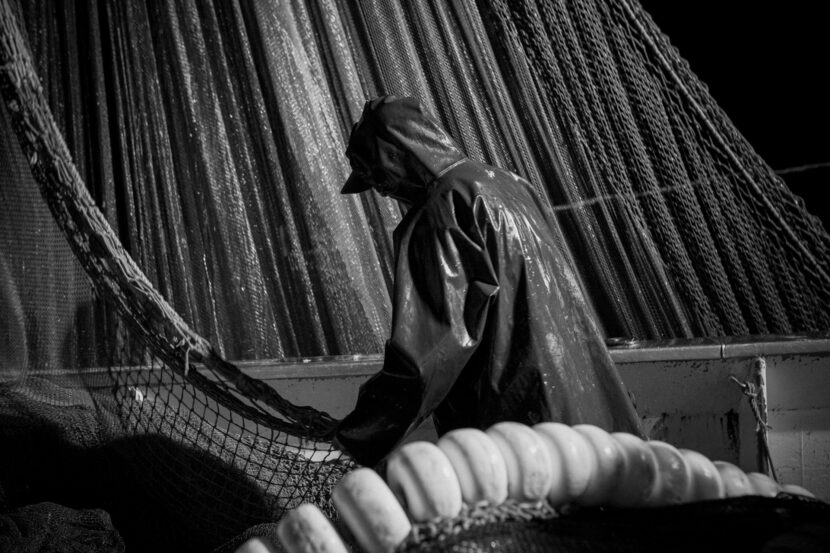 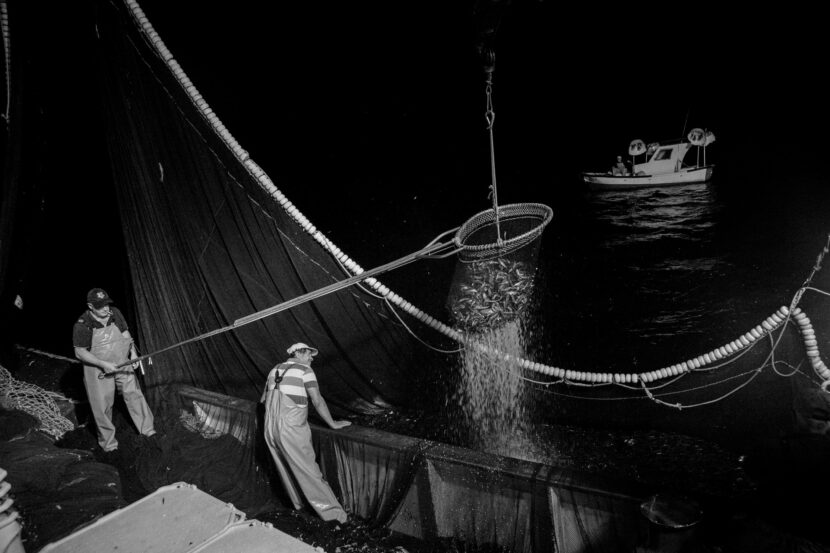 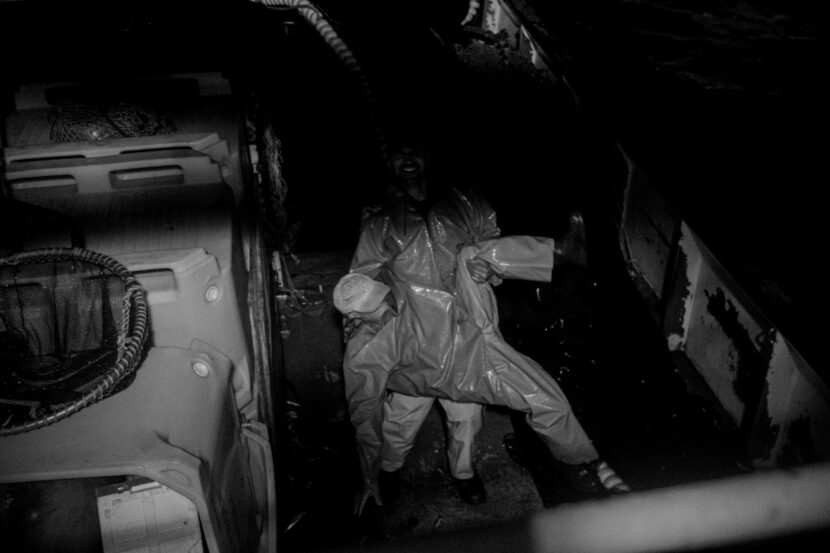 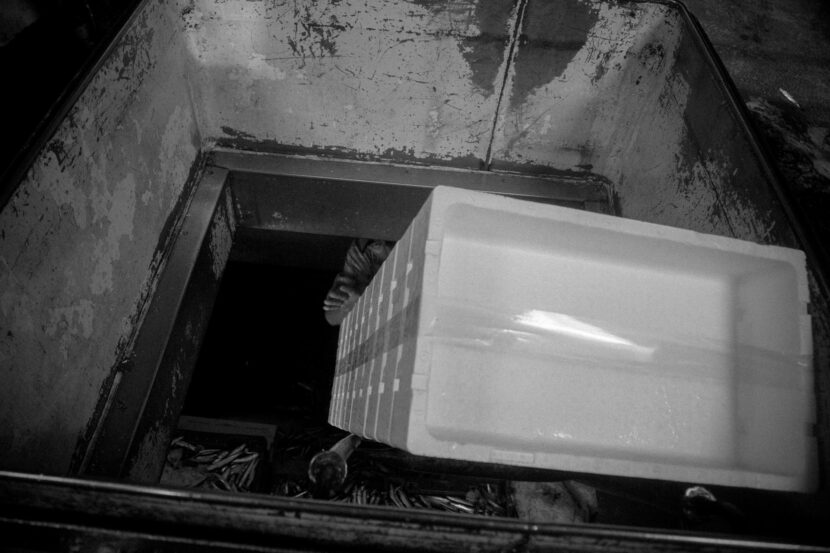 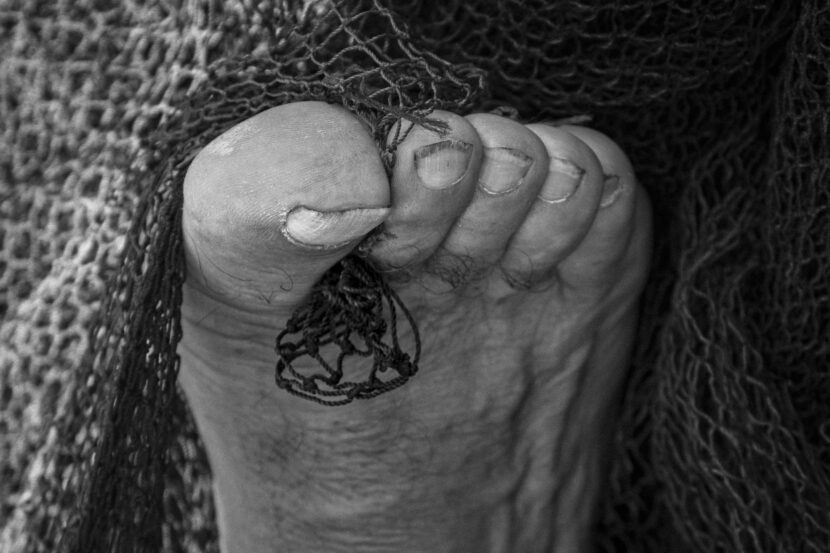 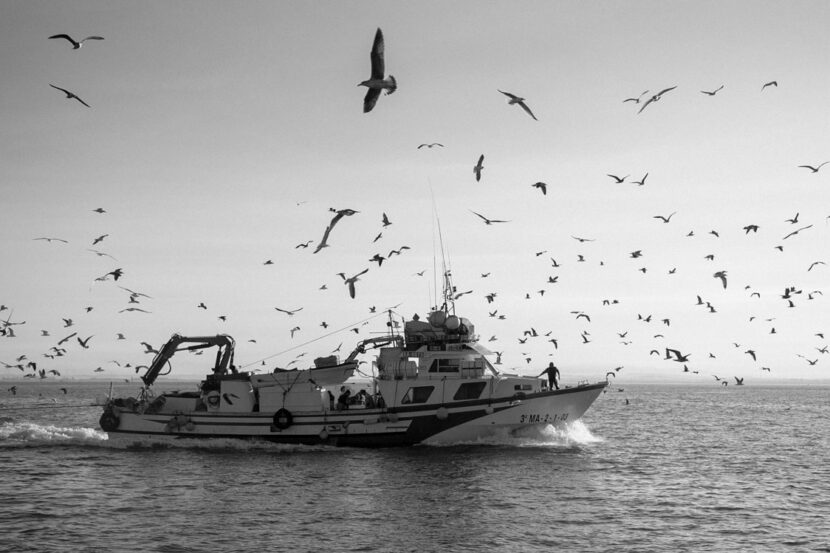 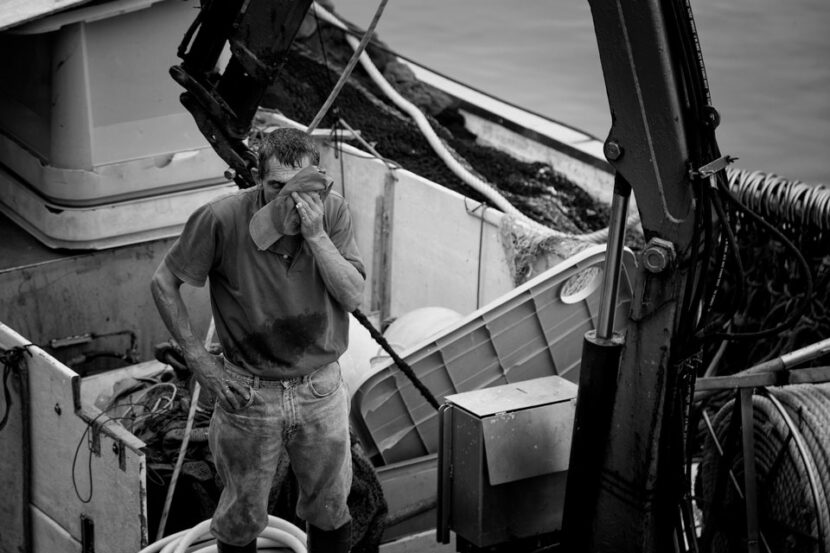